This essay underlines the advantages and challenges the implementation of an Australian biometric identification system, with reference to the national identity documentation system of India would have and why we should support its introduction.

A Biometric identification system promises a much safer and secure future for the Australian population if it is implemented and integrated into the pre-existing identity documentation. With improved identification mechanism the process of verification of applicants would become seamless. This could include verification for jobs, concession cards , driver license and so on, resulting in increased productivity. Biometric identification mechanism would also serve as  deterrent against unlawful activities as identifying suspects would be much easier with integration of technologies such as that of facial recognition. The privacy concerns can be addressed through the establishment of legislating bodies which would govern and be accountable for the usage of the biometric identification systems.

A quick recap on Biometrics

Biometric identification refers to identifying an individual based on his or her distinguishing physiological and/or behavioral characteristics (Jain, Bolle and Pankanti, 1999).

As discussed by Mark in his article discussing biometric security , the origins of use of figerprints for biometric identification can be traced back to 1880, when Henry Faulds published a letter providing his observations on fingerprints, those that of primates to humans. He hypothesised that the fingerprints could act as a natural identification mechanism for visual comparison which could enable ‘scientific identification of criminals’ (1880: 605)(Maguire, 2009).

Around the same time Francis Galton was developing techniques with regards to mechanical selection of the combination of distinguishing features of individuals which would eventually lead to the development of facial recognition systems through the application of technological advancements (Maguire, 2009).

Following the establishment of online database systems in the late 1960s, which rendered the storage and application of biometric information possible, leading to the rapid expansion and widespread use of biometrics for identification purposes as we observe today.

In India the application of biometric information for identification of its citizens was introduced with the establishment of Unique Identification Authority of India (UIDAI) on 28th January 2009, following the notification issued by the planning commission of the country (Jayashankar and Ramnath, 2019). The Aadhar scheme involves issuing of a 12 digit unique identification number by the government to every individual resident of the country. This was followed by the integration of biometric information of the individuals which would be linked to their Aadhar numbers.

Should Australia implement its own biometric identification system?

The debate on whether Australia needs its own Aadhar like system for biometric identification needs to be addresses, as it promises to play  a determining role in shaping up the future of the country’s security mechanism.

According to the Department of Immigration and Multicultural and Indigenous Affairs (DIMIA), the application of biometric identification mechanism will “improve Australia’s border security. It will help to fight against the use of sophisticated techniques exploited by terrorists and criminals, to change identities and cross international borders.”(2004).

With the application of biometric security measures, the border forces would find it relatively easier to identify illegal immigrants and would further act as a deterrent against organized crime and acts of terrorism. “Australia cannot afford to be seen as a soft target by terrorists, people smugglers, forum shoppers and other non-citizens of concern. “(Parliament of the Commonwealth of Australia, 2003, p. 6) (Wilson, 2007).

Taking the example of the Aadhar biometrics, it is said that the authentication process at UIDAI’S end is quite complex and would not be affected by natural changes to an individual’s face such as that in the case of growth of facial hair or aging. According to Ajay Pandey, the CEO of UIDAI the main idea for the integration of biometric identification in Aadhar is to make the process more convenient and provide additional security to the users (Doval, 2019).

An Indian woman has her fingerprints read during the registration process for Aadhaar cards (NANU, 2018)

The application of biometric identification in Australia could also make the verification process for various services, such as that required for government jobs, quick and hassle free. As the government and employers such as Uber would not have to invest their time and resources in the verification process for its employees, it would streamline the process on both sides, increasing the overall productivity of the process.

For example the Queensland transport has resorted to the application of biometric identification, in form of facial recognition technology for the state’s new digital driver licence. The technological services, being provide by Unisys Australia, aim to improve the security for the state’s licence holders significantly. It is also expected to streamline the verification and administration aspects of the licensing process while simultaneously acting as a deterrent for identity fraud (“Aus driving licence uses facial biometrics”, 2009).

This would also act as a catalyst to increase job opportunities for culturally marginalised groups such as the  aboriginals, as people would be less reluctant to provide them with job opportunities due easier verification mechanism.

The biometric identification system along with all its advantages still poses quite a few concerns to those who are concerned with maintaining their privacy as biometric recognition essentially denies anonymity. This along with the lack of proper legislation and accountability makes people hesitant to provide the government with their biometric information.

One of the main privacy risks could result from the unintended functional scope of the biometric information. This implies someone with access to an individual’s biometrics might obtain additional data from the biometric measurement, beyond the scope of what the individual agreed to. For example with the rapid advancement of genome research, certain biological factors may be derived from an individual’s biometrics, providing a basis for them to be discriminated against. For example some individuals, displaying specific traits could be classified as “at risk” by the government (Prabhakar, Pankanti & Jain, 2003).

A young boy getting his eye scanned for Aahdar card Mint (2018).

Other unintended application could be in form unwanted identification though strong identifiers such as fingerprints and facial recognition. This could have negative implications to those who want to remain anonymous. For example individuals maintaining aliases for safety reasons such as that in case of witness protection. Given with the fact that facial recognition can be done anonymously without proper consent of the individual through surveillance cameras, we can observe some severe implications of abuse of biometric identification processes (Prabhakar, Pankanti & Jain, 2003). 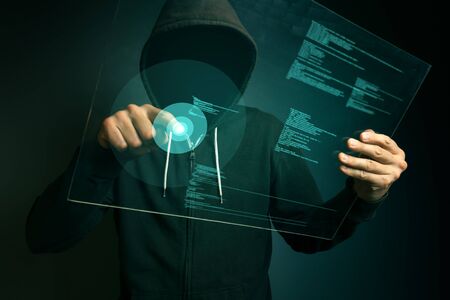 Centralized database such as that in case of Aadhar also poses a great security risk as once it is compromised it renders all the individuals and their biometric information at risk. “What has gone wrong is that the Aadhaar is not a secure document with its associated QR code containing all the information of the cardholder which is shared with all the users.” (Bureau, 2019).

Acknowledging the given facts, it seems in the haste to enter the digital age the Indian government has made all its citizens highly susceptible to data hacks while simultaneously violating their privacy. Considering, the country does not have any existing data protection laws in place, the digitalization of public identification mechanism has put the country at a very precarious position in terms of data safeguard.  These are some major pitfalls that the Australian government would have to account for in case it wants to implement a biometric recognition system.

The implementation of biometric identification technology would have quite a few implications on the Australian population if the country gave it a go ahead.

To begin with, proper legislation by government and public would need to be established, in order to ensure accountability, regulation and enforcement. For example legislation by the European Union against sharing biometric and personal information (Prabhakar, Pankanti & Jain, 2003).

Another important aspect for a risk free implementation would be done by proposing a decentralized database in form of cards such as opal which would contain encrypted data regarding the person’s identity, such as their fingerprint template. This would ensure a more secure database overall, avoiding the risks associated with a centralized database such as that for Aadhar. 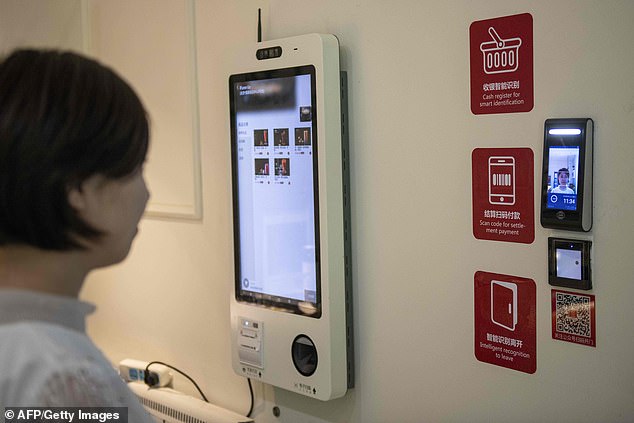 “As biometric technology matures, interaction will increase among applications, the market, and the technology. The technology’s value, user acceptance, and the service provider’s credibility will influence this interaction.” (Prabhakar, Pankanti & Jain, 2003).

With verification processes being more streamline and secure, socially marginalised groups such as the  aboriginal and torres strait islander, would get better employment prospects as people would be less reluctant to provide them with job opportunities.

Given the above arguments I would consider the implementation of biometric identification technology essential for improved national security and seamless verification process. While implementing such a system we would need to account for the privacy concerns by ensuring we take proper measures to protect the privacy rights of all individuals. Along with this, a governing body should be established, legislating the usage of the biometric information while simultaneously ensuring the information is secure.

Social media is made up of applications and websites that allow people around the world to communicate, share, network, connect, entertain and create wealth. Social media began with the aim of a more connected society […]

Cloud Computing: The Transformation of the Digital World

Cloud computing has had transformative impacts for technological data storage and further enhances the interconnected, online nature of the current digital age. This innovative new system has evolved over time, largely assisting information management and […]

Cloud Computing – The next big thing in Internet Technology

Introduction Cloud Computing is the latest computing technology, providing IT assets as services. Cloud computing is a new way of leveraging computer technologies to allow users to access, operate on, distribute, and store information on […]